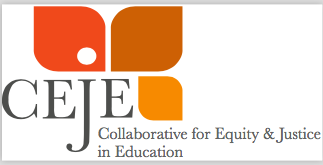 Joint Statement Regarding the anti-Semitic, anti-Black, anti-Arab and anti-Muslim Posters on UIC’s campus

On March 16, a series of flyers was posted on UIC’s campus that exploit social justice issues to spread anti-Semitic views. First and foremost, as units on campus that work at the forefront of UIC’s commitment to diversity and social justice, we condemn all forms of racism, anti-Semitism, Islamophobia, anti-Blackness or any forms of hatred, phobia, or dehumanization.

Secondly, the damaging and hurtful nature of these posters is that they seek to malign and divide some of the very groups that are fighting injustice and xenophobia in the first place. They erroneously depict the groups “Black Lives Matter” and “We are Muslims” as authors of the anti-Semitic hateful flyers. No specific group takes credit but hashtags are added to suggest authorship of the incendiary flyers by Black and Muslim/Arab organizations. If real groups authored these flyers, why not take credit? If they did not want to be associated, why incriminate their movements? It makes no sense. Moreover, the #BlackLivesMatter hashtag is not even the # most commonly used by either the national or Chicago chapter, neither of which know anything about the origin of these flyers.

Many of us either work with or have students involved with Chicago’s Black Lives Matter, Palestine solidarity and Muslim organizations on campus and in the city. These groups would never circulate anti-semitic or hateful literature like this. It is antithetical to their mission and work. These fake posters are consistent with a long history whereby hate groups have cited marginalized communities as authors of hate speech to smear them and incite mistrust between them. They serve the goals of both provoking anti-Semitic hatred and justifying the targeting of Palestine solidarity and Black Lives Matter movements, wrongly indicting them as purveyors of hate.

We stand united against hatred and discrimination against all communities.

We condemn these anti-Semitic assaults as well as the divisive suggestion that Black and Muslim students are the source of this racism.

We disavow any attempt to use the painful realities of the Palestinian-Israeli conflict or the Holocaust as fodder for anti-Semitism, Islamophobia, and anti-Blackness.

We will not allow this or any incident to pit one of our communities against the other.

We the undersigned stand together,